Chadwick Ginther, the author of Thunder Road and Tombstone Blues commissioned me to do another piece based on his Thunder Road Trilogy. It was premiered at this years Central canada Comic Con as a post card.

I won’t give away any major details, but here is Tilda, also known as Skuld, one of the 3 Norns of Norse mythology. She wears the cloak of a Valkyrie, one of Odin’s maidens who pick out fallen warriors to be brought to Valhalla. Why would one of the Fates be wearing a Valkyrie cloak and be fighting a dragon? I guess you’ll have to pick up this awesome book series to find out! It really is a great read. Fast paced, with great action pieces, all set in the modern world (Manitoba, Canada specifically) but beset with Norse Mythology.

And this was the piece that I had done previously for Thunder Road. It features Tilda again, the lead hero Ted, and their not-always-welcomed companion, Loki. 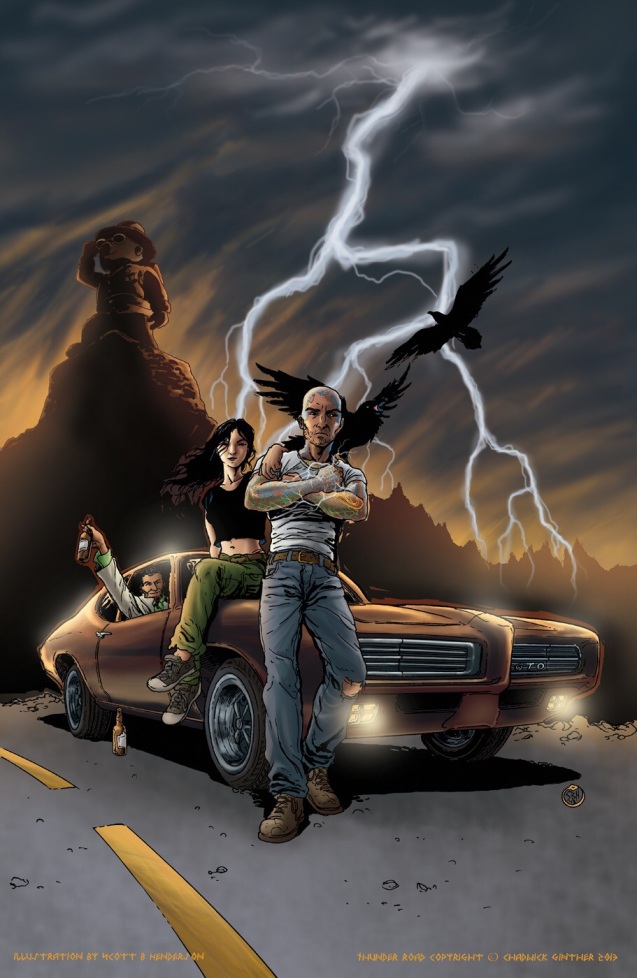