The Winnipeg Premiere of the comic book documentary “Artists by Night” starts at 7 pm tonight, Sunday February 25, 2015, tickets are $10

Rehash of details are as follows:

The comic book documentary “Artists by Night” will be playing at the Park Theatre on Osborne this Sunday.

Comic Creators GMB Chomichuk, David A Robertson and myself will be in attendance.  We will also be selling a number of the comics and graphic novels we’ve created.

Here is a short preview of what you can buy that night!

The Chronicles of Era: Whispers of Redemption Book 1

The Chronicles of Era: Book 1 is an epic fantasy of my own creation–over the span of several years!

The story will introduce readers to a world where mankind had a vision to create a paradise fit for gods.  Mankind ruled in the City of Heaven for thousands of years before the Adversary struck down the paradise and returned humanity to harsh and brutal world.  The survivors rebuilt civilization but their past was reduced to myths and legends.

Hundreds of years later, three youths–Seth, Sidrich and Caitleth–are caught between the conflicts of the Imperium’s armies and the Joshian Nation who are struggling to keep their way of life.  All the while, secret agents are searching for a means to rewaken the old gods and to return mankind to its rightful place in paradise. 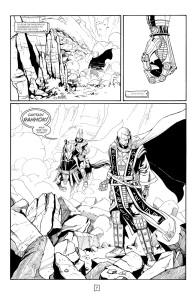 Tales from Big Spirit is a series of six books.  Each book will focus on a different Indigenous person from Canadian history.  The stories are varied, ranging from events during World War II, the Edwardian era, The Northwest Resistance, the immigration of the Icelanders to Manitoba and the story of the last of the Beothuk people from Newfoundland.  The series is written by David A Robertson and illustrated by Scott B Henderson, Wai Tien and Andrew Lodwick.

Here follows an excerpt from The Scout which tells of the heroics of Sgt. Tommy Prince. 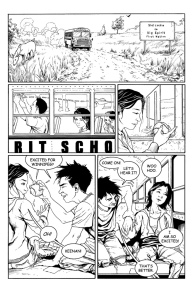 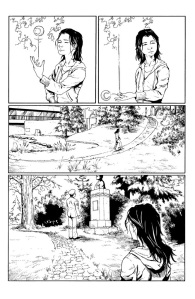 Sugar Falls tells the story of Elder Betty Ross and her experiences in the Residential School System. Written by David A Robertson and illustrated by Scott B Henderson. 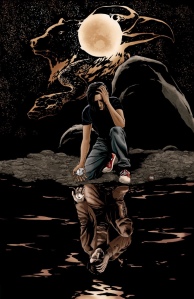 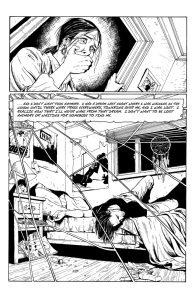 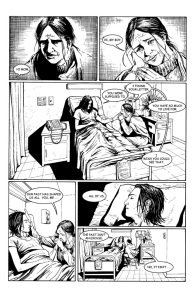 7 Generations: A Plains Cree Saga was nominated for Best Illustrated Book in the 2013 Manitoba Book Awards.  It is an epic tale of one family through the generations, all the way back to before contact with the Europeans, to the Small Pox epidemic and the Residential School System and the effects of these on one family and their search for understanding and renewal.  Written by David A Robertson and illustrated by Scott B Henderson.

GMB Chomichuk will have a variety of his own books there.  To name a few: Raygun Gothic, The Imagination Manifesto and his most recent collaboration with Justin Currie, Cassie and Tonk, a fantastic all ages graphic novel about a girl and a robot. 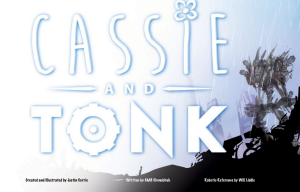 Check out the trailer for Artists by Night here.

Come out and see the film.  Say hi.  Thumb through our books.  Throw money at us, if you’re so inclined.  Share with the world.