Seth’s peaceful life in his remote village comes to an end when the Illiam Imperium—an empire descended from a lost, god-like civilization—comes to assimilate his people, all in the name of salvation. First sold into slavery and then rescued to serve a religious order, Seth’s only companions are Sidrich and Caitleth—a fellow Joshian orphan, and a runaway from the core cities of the Imperium.

All the while, secret forces move in to secure the means to awaken the old gods, and return humanity to its rightful place in paradise. 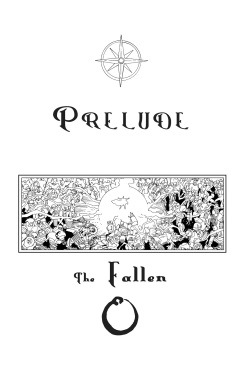 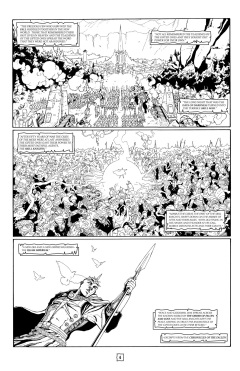 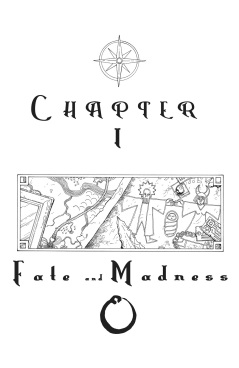 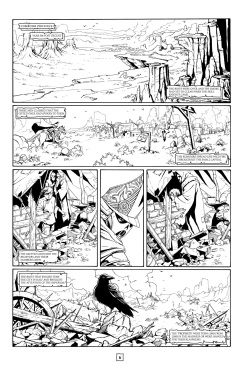 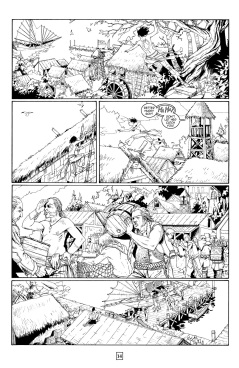 The Chronicles of Era: Book 2

The second instalment of Era will be available by the end of April, 2017.

In the action-packed conclusion of Whispers of Redemption, Seth is surrounded by those that would use him for his prophetic dreams: will they provide tactical insight to stop the invasion of their lands, or does he hear slumbering gods, whispering of redemption for mankind? Seth, Caitleth, and Sidrich must tread a precarious line between assimilation or being swallowed by another war. 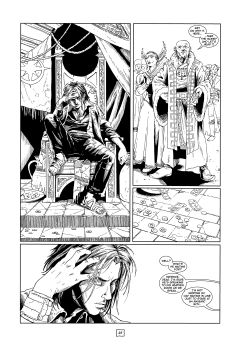 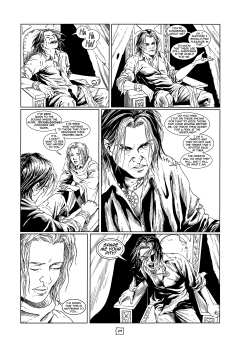 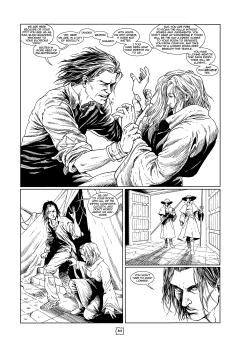 Retailers of The Chronicles of Era

Book 1 of The Chronicles of Era is now also available on ComiXology!

There is now also the New Shop Page!

The Chronicles of Era Book 1 also received its first written review on Goodreads. Here is an excerpt from L.T. Getty (who is an accomplished writer herself):
“The art is beautiful – one could argue that the frames are very epic, and that fitting everything into a frame diminishes the quality – as well, there’s a lot of space as its designed for color, but my copy is in B&W. That being said, the character’s faces are unique, and the difference in costumes and building designs doesn’t feel diminished as we travel from location to location. The anatomy and emotions are vivid, and there’s a great sense of motion as we move through the panels. I’m not an expert on how to frame graphic novels for movement, but I know what I like and I thought the panels move very smoothly.”

You can also see updates to The Chronicles of Era at its Facebook Page.

A short tangent story from the world of Era: The Pact.

(A little on the rough side, and I haven’t edited it since I created it years ago). It is a Joshian tale of how the daughter of their patriarch found a way to help her people survive at the edge of the Wild Lands 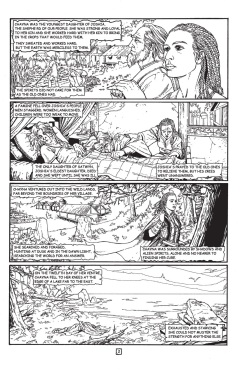 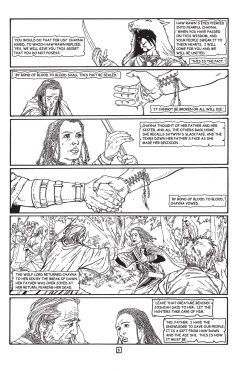 And I would like to tanks the people that helped bring The Chronicles of Era to print.

Those that helped through Indiegogo

And of course to all the people that I met only briefly at C4, or have unfortunately forgotten names, and to those that donated anonymously, friends and family that helped to support, nurture, and critique Era in all of its stages.

But, last and certainly not least, a big thank you to Angela for encouraging me to make this book, came up with ideas on promotion and pushed the shares and likes and general spreading of the word to everyone that she could.  Thank you for putting up with my reclusive, introverted, procrastinating ways!

11 thoughts on “The Chronicles of Era”